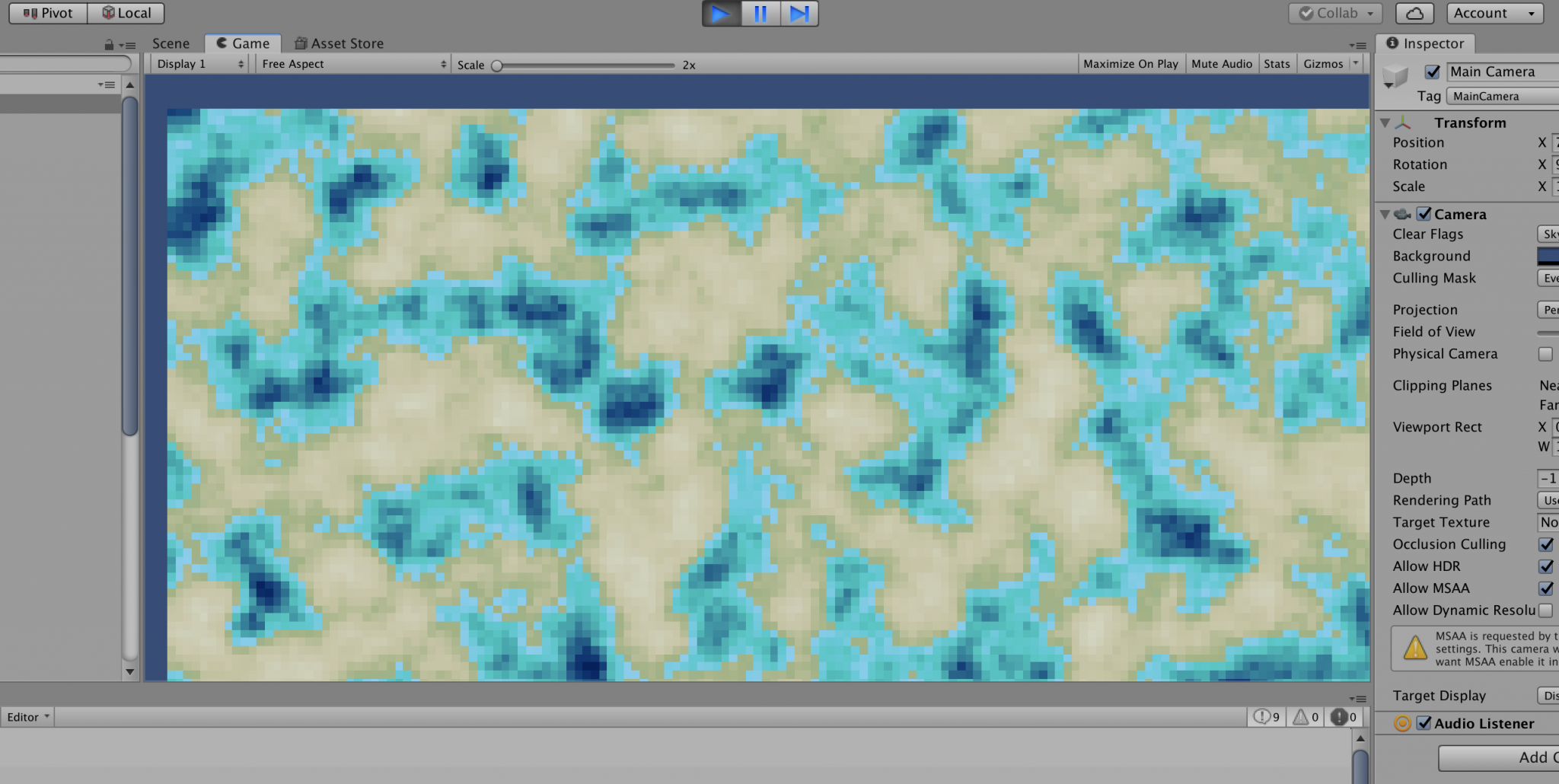 As I stated in my last post, I don’t have much time to work on this project right now. However I’m still working on it some. I’ve been porting it to Unity so I don’t have to worry about rendering. The above is a low-res pure noise map.

Why did I switch to Unity? I can post about this more later but the first time I seriously looked at Unity was about 4-5 years ago, before Unity had made serious headway into the Entity-Component-System. A GameObject-style engine is very awkward to use in a heavily procedural game, not to mention extremely slow. Now, though, Unity’s ECS system is approaching the speed that a custom C++ engine would have, and it still takes rendering off my hands. As a bonus, Unity’s Jobs system also makes multithreading much easier. This is starting to sound like a Unity advertisement. Point is, with similar performance and much improved productivity, there’s no reason for me to avoid Unity now.

I’m ported the Voronoi code and am working on recreating the rest of the world generation in Unity. I’ve also started on a voxel engine for a playable DF fortress-style mode.